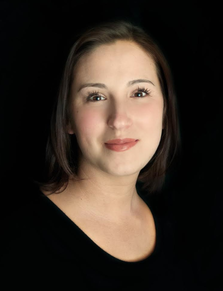 My name is Rose Coe, I am the owner of Vokey Music Studio where I teach voice and piano lessons. I was born and raised in beautiful Traverse City. I learned how to read and play music as a young girl and sang in public regularly starting at age eight. I joined Northwestern Michigan's Children's Choir at age ten. In my later years I participated in various local choirs and ensembles. I studied classical vocal music and Opera at Butte College and Chico State University in California. I sang in numerous Operas at Chico State University while studying with Dallas Opera Star Marilyn Curtis and China's most praised soprano, Dr. Ying Yeh.

I was a music teacher in California before relocating to my home town of Traverse City. I'm pleased to offer you a variety of lessons in a fun and stimulating atmosphere at my studio. Vokey is about learning to make beautiful music, I teach my students the fundamentals and most importantly to enjoy the music they make. Music is my greatest passion, it's my goal to share that passion with others. Watching my students learn to love music and be excited about performing well is the most fulfilling reward. I have students ranging in ages from 6-60, so if you're an adult considering taking lessons for the first time or continuing lessons you've had in the past I assure you, it's never too late to learn. I customize each student's lessons based on their goals, as well as follow up assessments confirming student progress satisfaction.

Vokey music does not discriminate on any style of music, we offer lessons in any genre our students are interested in learning.

I look forward to discussing how music lessons can benefit you or your child. It's never too late or early to learn music! I can be reached at rose@vokeymusic.com 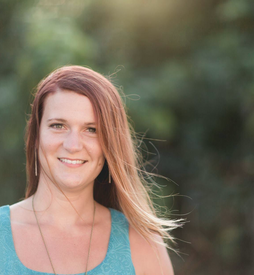 Dana Fall, is a piano and voice instructor.

​She is a native to the Grand Traverse area, received her M.Mus. in piano performance from Western Michigan University in the Spring of 2015. Her career includes a wide variety of performing experiences including weddings, contemporary church bands, solo gigs, and classical performances. In the past, Dana has instructed at NMC and has served as Assistant Worship Leader at New Hope Community Church.
​
More recently, she sings and plays keyboard for Bayview Wesleyan Church. Dana teaches all “ages and stages” for both piano and contemporary voice. 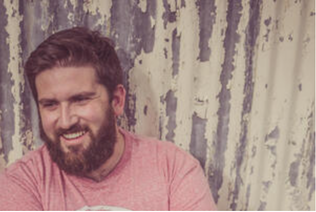 Drew has twenty years of experience in the music industry. He’s taught musicians in churches, schools, and master classes at all ages and experience levels.  He is a seasoned veteran of the stage and studio, performing in venues all over the country with 2 full length albums, 3 EP’s, and a handful of singles released under his name.

As a teacher, Drew takes an eclectic approach to guitar, both acoustic and electric, focusing on solid rhythm, playing in the context of a band, and being fluent in chord voicing and alternate tunings allowing you to paint with a vivid musical spectrum. His major expertise is in the genres of Rock, Country, and Blues with a minor in Jazz guitar and Latin Jazz styles (Bossa, Rhumba, and Brazilian finger style).

MYM is a fly-over of many years of music experience both live and in studio that will inspire young minds to love and create music. Students will hear and learn about different genres of music, the movement of sound waves, how different instruments work and how music is recorded in a studio. Students will gain a greater understanding and appreciation for the music they already love, as well as have their minds opened to new sounds and styles of music.

Classes will be offered at Vokey Music in Traverse City and will begin Monday September 14th. Two class options are available at 10 am or 11 am, the registration fee for this 5 week session is $100 per child.
​ 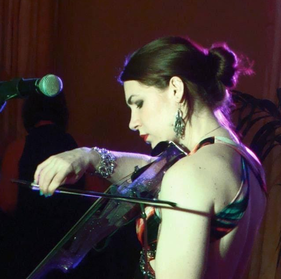 Multi-instrumentalist, vocalist and international recording artist Karine was born Karin Pierson in a small town in northern Michigan.  Her mother was a sixth-grade teacher and her father was a jazz musician. Her parents divorced when she was two and she was raised by her beloved stepfather, Calvin, still her biggest fan.  While still a toddler, she began to learn violin from her Chinese Godmother, Shu, who was a Suzuki violin method teacher.  Thanks to supportive parents, Karin soon began to enroll in every music
program available.  At age thirteen, Karin was accepted as the youngest choir member ever to tour Europe with the Blue Lake Fine Arts Camp International Choir.  During high school, through the aid of scholarships Karin attended the prestigious Interlochen Academy of the Arts, and later taught there and played in the staff orchestra.  Her daughter Aria was born in 2001, soon after Karin finished her bachelor’s degree at the University of Michigan.

After teaching orchestra in Detroit for five years, Karin decided to perform full-time and started a band, playing electric violin and singing at festivals, weddings, corporate parties and events.  In 2017 Karin moved to a tiny house as part of the minimalist movement, and decided to pursue original music and start a music festival.  Her band, formed in 2017 with her wife Tiffany is called the Lofteez, and performs at festivals, outdoor venues, campgrounds and house concerts nationwide.  Check them out at www.thelofteez.com​
2020 @ Vokey Music Studio